In the past several years, a majority of the global population has become familiar with cryptos. These alternative payment methods or sources of value are divided into various subcategories. One of these categories is the nonfungible token (NFT) sector.

Once you own an NFT, you are the only one with the rights to the artwork, item, or whatever the NFT represents. While content creators and artists used the NFT technology initially, it took just a while for the gaming world to notice its potential. That is where the NFT video games came up.

Games that are integrated with play-to-earn models are swarming the market. However, only the best NFT video games have stood out from the stiff competition. A majority of these titles were introduced with their utility and governance tokens which are also an integral part of their gameplay experience.

In most cases, the NFT titles redefine progressing through a game because every player’s experience is unique and they may even make some money while playing the game that they love. Here are some of the best NFT video games that exist currently.

This game resembles Pokémon because the players can breed and collect digital pets named Axies. All of these pets are entirely NFT-based making them unique and different from one another. All of these Axies come with their unique strengths and weaknesses and the characteristics are genetically transferred to the Axies’ offspring which turns the process of breeding them into a major challenge.

A majority of the players mostly are after the Axie with ideal specialties so that they can take on the other gamers in PvP tournaments and battles. Smooth Love Potion (SLP) is the other in-game currency in Axie Infinity that can be earned by completing battles, quests, and adventures. SLP can also be acquired from various crypto exchanges, and it is mostly used for breeding the Axies.

Before NFT video games became popular, a majority of the card games were already using core principles of the industry. Splinterlands is described as a trading card game that is designed with a play-to-earn model where winning matches earns the players rewards.

While this game is free to play, players have to make at least one or two deposits to speed up their journey. This game’s in-game currency, Splintershards, is listed on several crypto exchanges and it offers daily quests that reward the players with Splintershards once completed.

Players have to assemble decks with various combinations to complete some of the challenges. There are also in-game tournaments that the players can readily join for their opportunity to earn even extra rewards.

Gods Unchained is a free-to-play NFT card game where the players have to buy cards from other gamers to complete their collection or win PvP matches to gain access to more cards. Since the game’s developers include some of the former directors of Magic: The Gathering, Gods Unchained also has a high chance of breaking into the esports sector. 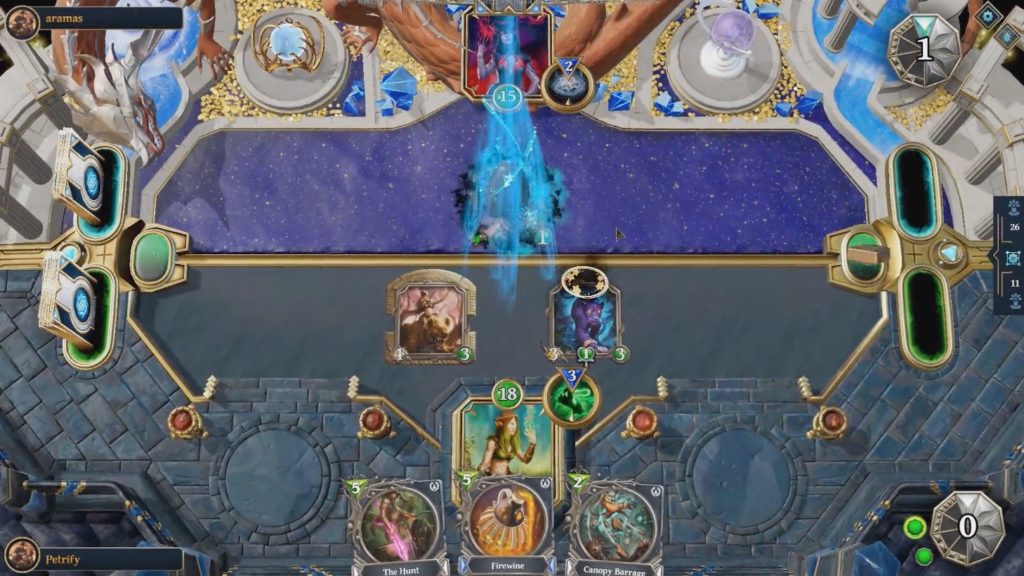 Card games seem to be highly competitive at advanced levels and Gods Unchained might be the first NFT-based esports title. Every card in this NFT video game is backed with an ERC-721 token which means that the players can readily trade them on the open markets or the game’s marketplace. In case the players decide to sell their cards within the game, they can do that to get paid in the game’s native token, GODS.